A key activity of the conservation project is initial archaeology. This will identify, examine and build upon the published results of previous archaeology.

The objectives of initial archaeology are:

This work will seek to answer some particular research questions. Some possible research are detailed below:

This list is not intended to be comprehensive but is, instead, a list of research questions identified to date. Further questions are likely to be identified during the desk-based assessment and archive research.

This activity, through detailed surveys and assessment, will mean that the site of Evesham Abbey will be better understood, the details and layout of the site better identified, and key aspects and features better recorded. The results of the initial archaeology will be shared through a series of tasks detailed with the engagement activity.

This work, overseen by the project manager, will be led by a professional archaeologist supported by paid staff, students and volunteers. There are a number of local organisations interested and engaged in local archaeology, including:

This research and surveys will look more widely than the immediate abbey site. The proposed scope of this work is based on the presumed boundaries of the Anglo-Saxon minster (per David Cox); as illustrated below: 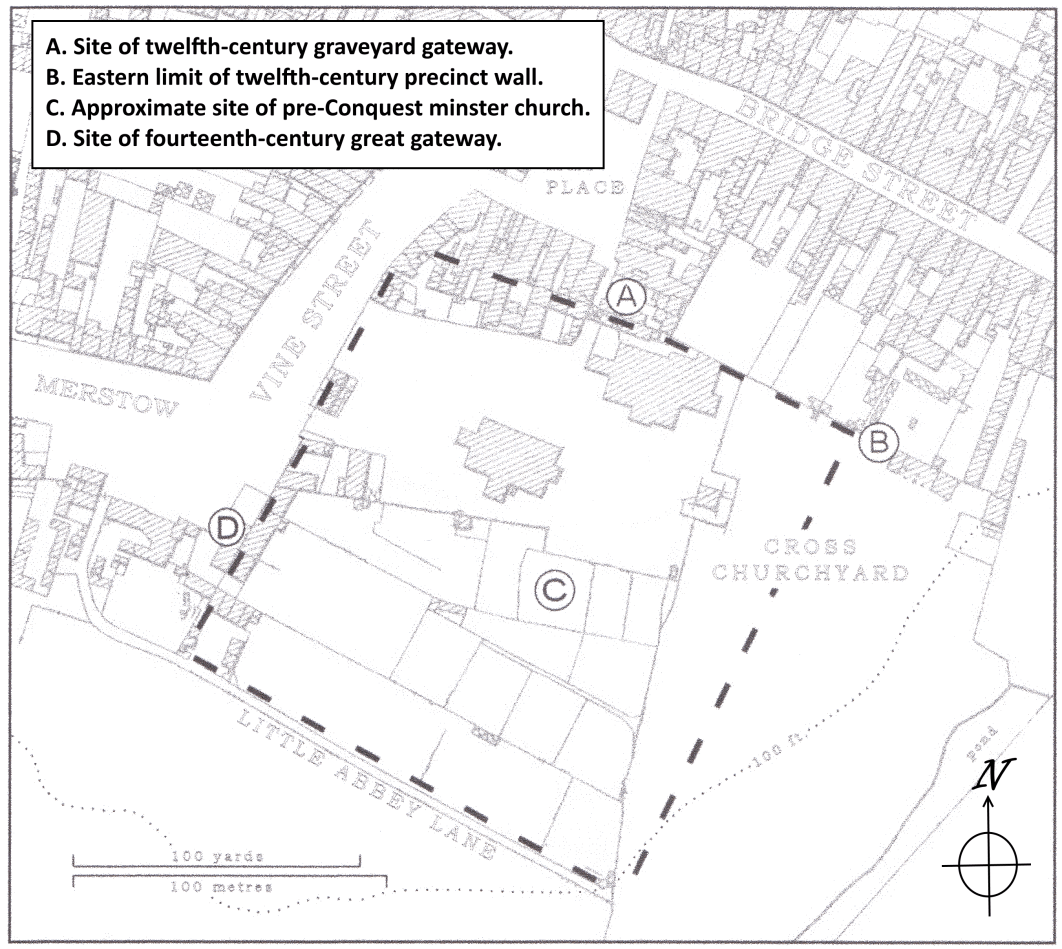 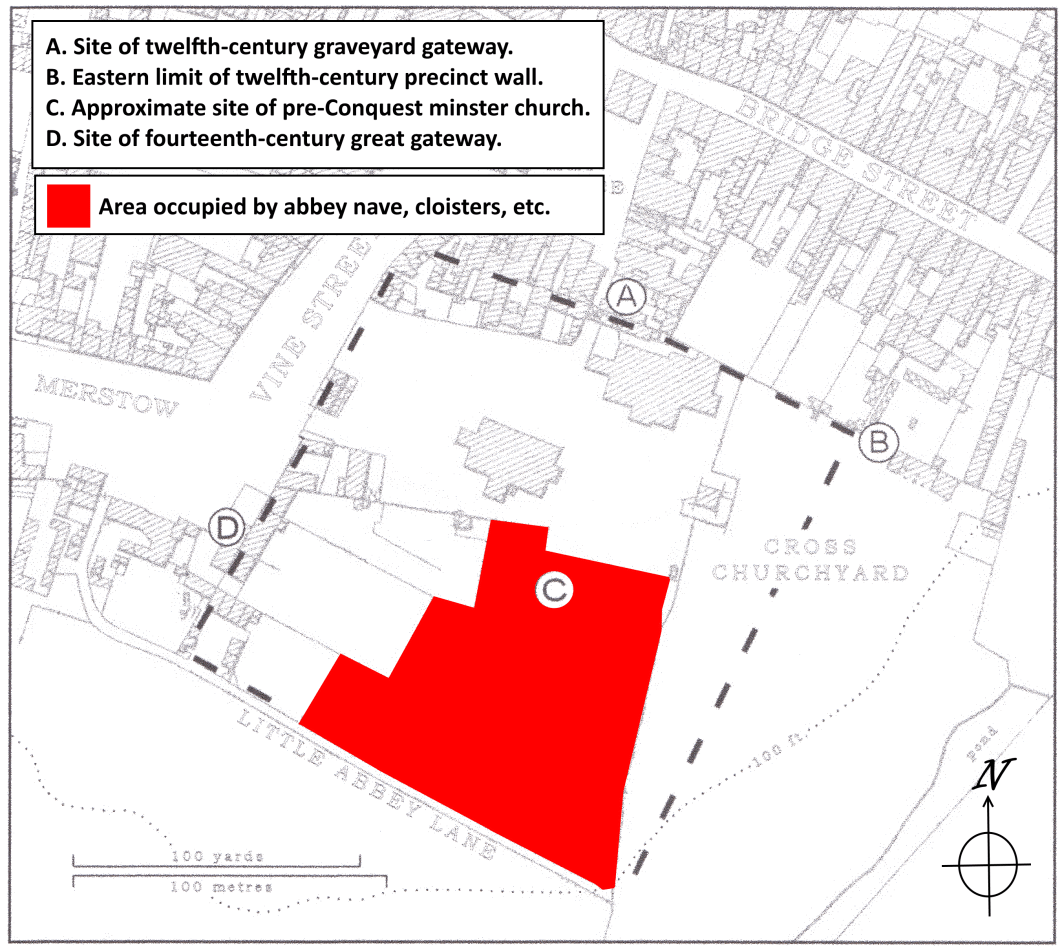 The abbey site is within a scheduled ancient monument so Scheduled Monument Consent (SMC) will be required.

This will involve the close examination of archive materials and documentation, including the results of previous archaeology. Details of some of these excavations are held by the Vale of Evesham Historical Society (who undertook archaeological digs in the 1970s and earlier) while other information will be held in various archives including the Hive at Worcester. These materials will help identify features and structures which might then be located on the ground through archaeological surveys.

Work on the abbey was recently published by David Cox (one or our patrons) in the article ‘Evesham Abbey – The Romanesque Church‘. This provides an excellent starting point for these researches. David Cox is an adviser to the trust.

Undertake an archaeological desk-based assessment followed by on-site archaeological investigations. Hal Dalwood has noted that: “The site of the abbey, although little survives above ground, is clearly of very high archaeological potential… There is high potential for the survival of important buried remains relating to the pre-conquest monastic precinct and its churches.”[5]

The layout and key features will be determined using non-invasive surveying techniques including field walking, photographic recording, and geophys.

The figure below shows the management structure for the initial archaeology: 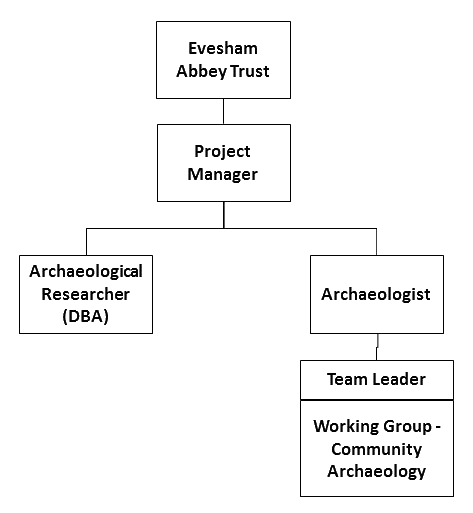