About The Evesham Abbey Trust

The Evesham Abbey Trust (registered charity 1165547) was founded to accept the generous offer by the Rudge family of the site of Evesham Abbey. The trust is a charitable incorporated organisation (CIO) which was created on 24 October 2015.

The aims of the Trust are very much in line with Evesham Town Plan (published 2015) which recognises Evesham's heritage as a key asset, incorporating as it does a number of important buildings and sites. (To download the Plan click here).

The town is currently home to a collection of separate historic buildings and sites: the Abbey walls with the surrounding parkland; All Saints and St Lawrence Churches; the Bell Tower; Almonry Museum, and the Simon de Montfort Memorial in Abbey Park. The aim ultimately is to bring all these together into a single 'Heritage Quarter', with appropriate interpretation, and educational opportunities, and with the planned Heritage Gardens as the centrepiece. All involved in this ambitious project believe it will greatly enhance understanding of the historic importance of these sites, and create a feature that will be the pride of the town and a major attraction to visitors.

Mr Stan Brotherton is a qualified accountant with a strong IT background. He is passionate about local history and has helped to manage the Bell Tower Appeal and restoration project and has written a number of local history books. He was a founder member of the Trust, serving as a Trustee from November 2015 until May 2018, when his work demands require him to stand down. He was then made Honorary President in recognition of his contribution to the Trust. 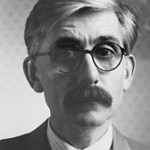 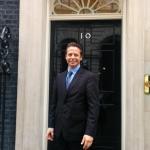