Significant archaeological work was undertaken on the site of Evesham Abbey in the 19th-century. Since then there have been occasional and small-scale surveys. This section briefly surveys the excavations and surveys undertaken to date.

In 1811 Edward Rudge began to dig on the site of the chapter-house. Between 1812 and 1815 the work progressed and uncovered most of the crypt beneath the east arm, and of the east side of the north transept and the crossing.[1] Edward John Rudge (Edward’s son) was responsible for measuring the remains, laying down a ground plan of the foundations as the work proceeded.[2] 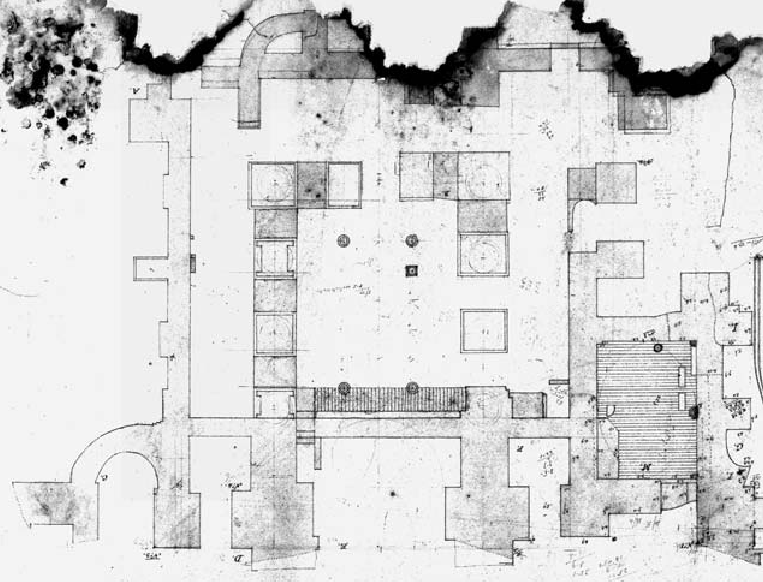 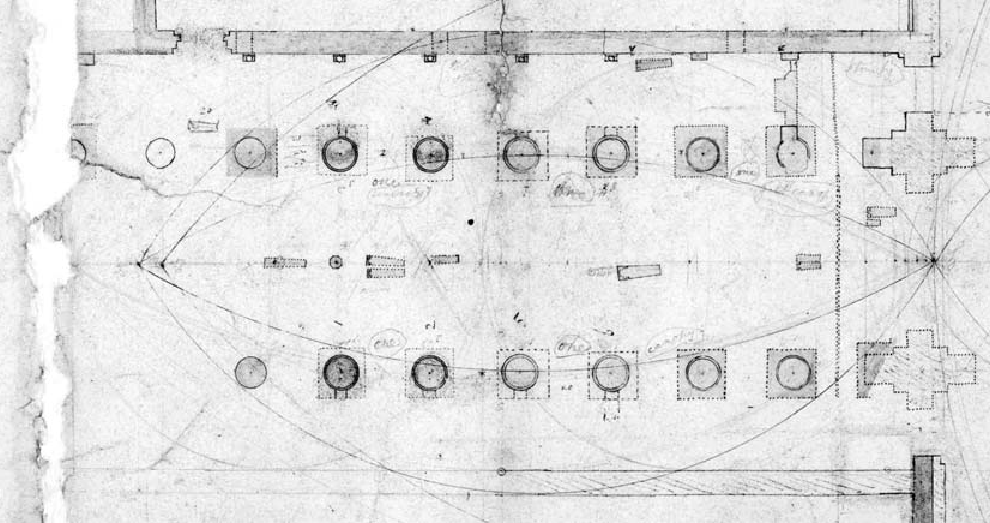 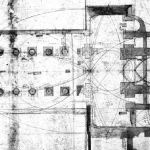 The site of the nave had been divided into four gardens and separated by post-Dissolution walls. Each garden was dug separately with the cuttings filled as soon as the remains had been measured and recorded.[3] The second garden from the west was dug in 1821, the third and fourth in 1822, and the first from the west in 1822 and 1823. It seems probable that the Rudges finished digging the transept in 1824,[4] and by 1830 they had moved on to explore more of the east cloister range. Between 1832 and 1834, the ongoing work explored more of the east cloister range and dug over most of a garden on the north side of the Bell Tower.

“The excavation referred to, was carefully effected by Edward Rudge, esq., the owner of the site, at intervals between the years 1811 and 1834. But the foundations of the church and chapter-house, after the completion of measurements for the construction of a ground-plan, were to a considerable extent taken up and removed. The area of the cloister was entirely dug over, soon after, by the late Mr Welch, who then owned that portion; but in this instance – unfortunately without any pains to form a ground plan – the entire foundations were broken up and burned on the spot for lime.”

In 1881 the extant part of the north-west crossing-pier, and its northern respond from the transept west wall, were re-excavated. The investigators expected to find not only the base complete, but also the lower portion of the columns remaining in position, however there was little to find. The cutting was subsequently preserved within a retaining wall and an iron fence.[6]

In 1958 the Vale of Evesham Historical Society (VEHS) re‑excavated what seemed to be part of the east wall of the small crypt (apparently of the 13th or 14th century) near the transepts.[7] This work was overseen by T.J.S. Bayliss. A survey of standing structures, together with an excavation, was undertaken in the general area in 1990.[8] There was also a site evaluation in 1988,[9] and a limited geophysical survey of the eastern end of the abbey church in 1989.[10] A summary of previous archaeological work was included in the ‘Central Marches Historic Towns Survey’.[11] The figure below shows the sites where archaeology has been undertaken in and around the centre of Evesham: 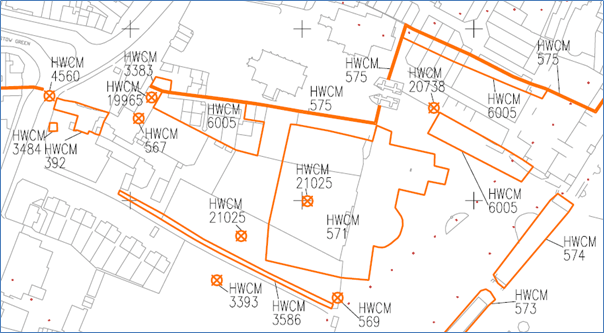 As illustrated above, limited evaluation excavations have been carried out within the abbey precinct (HWCM 6005)[12] and the Almonry (HWCM 392).[13] This work demonstrated the survival of extensive medieval and post-dissolution deposits associated with the abbey and its conventual buildings. A limited geophysical survey (ground probing radar) has also been carried out at the abbey (HWCM 571)[14] with more systematic geophysical survey of the eastern part of the church and chapter house structures (HWCM 571).[15] Parts of the precinct walls have been surveyed in detail (HWCM 6005).[16]

It is clear from this review that there remains significant archaeological and archive work to be undertaken to better and more fully understand the organisation and history of this important site. David Cox has written that:[17]

“What is special about Evesham is that there are very few great abbeys (Glastonbury is one) where the archaeology, not only of the church but of all the precinct buildings, is both accessible and of national academic interest. It is not enough to consider the purely local environment… It should be recognized that Evesham abbey is not just another monastic site of local interest. It is nationally important.”

The archaeological and historical importance of Evesham Abbey meant that the programme had to include work on initial archaeology and, if the potential of the site subsequently warranted it, serious consideration of a separate research archaeology project.