The Dissolution of Evesham Abbey

The Evesham monk John of Alcester wrote marginal notes in a Bible recording the key events of the Dissolution of Evesham Abbey:

The memorable moment of suppression, so carefully recorded by John of Alcester, seems both poignant and pointed. There is a deep irony in the final liturgical fragment “Deposuit potentes” [He hath put down the mighty]. This irony is reinforced by the fact that this fragment comes from the Magnificat (also known as the Song of Mary); and Evesham Abbey was dedicated to and founded following a vision of the Blessed Virgin Mary.

Possession by the Crown

The land, property and lordship of Evesham passed initially to the Crown. In 1542 royal letters patent:[1]

“Gave and granted to Sir Philip Hobby, his heirs, &c the house, and site of the late dissolved monastery of Evesham, and all the houses, &c within the precincts of the same; and also all the demesne lands of the late monastery, which lie and exist in Evesham.”

However, the Crown reserved to itself a number of properties and “all the bells and lead of and upon the church and belfry of the said late monastery existing.”[2] The six abbey bells were all removed together with five of the bells in the Bell Tower. 8

Possession by the Crown

By October 1540 the demolition of the abbey was well under way; Philip Hoby in seeking to purchase some stone claimed that the ‘best part is sold’ and discussed the ‘waste and spoil’ that had taken place. He had had to pay men to keep watch ‘against disorder’.[3] The destruction of the abbey church and buildings was accelerated by locals wanting to share in the spoils:

At least some of the stone from the demolished buildings was sold; but the people of Evesham who claimed a share in the plunder are said to have made ‘no little spoil’. Indeed, Philip Hoby, to guard his future interests in the place, was forced to pay men to watch nightly to prevent further waste.[4] 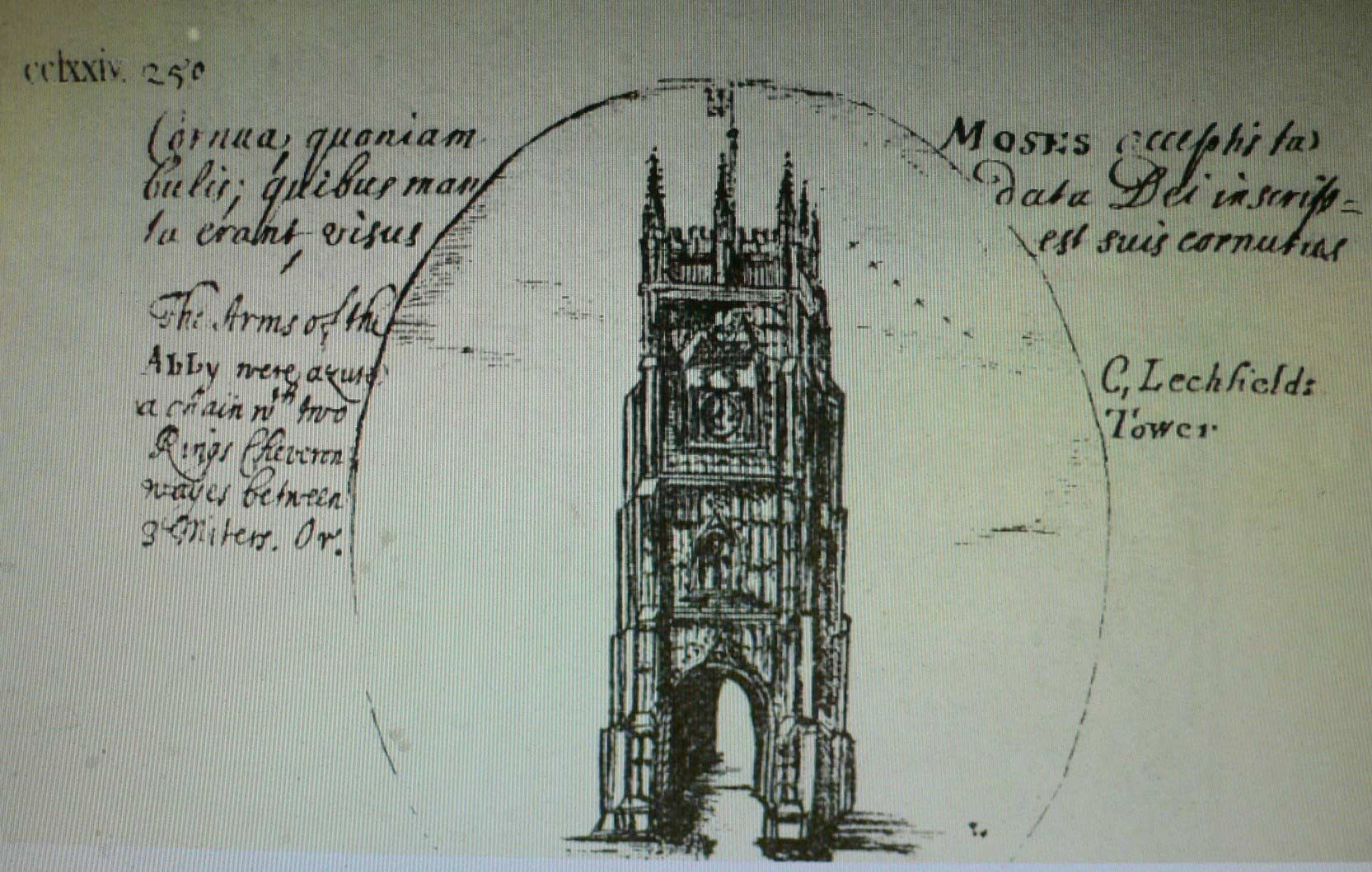 Survival of the Bell Tower

The gift of the Bell Tower to the town was probably part of Queen Mary’s attempt to restore Catholicism to England. There was probably little left of the abbey church itself.

This material is taken, with permission, from Stan Brotherton’s A Lost Bell of Evesham Abbey? (published by the Vale of Evesham Historical Society).